THE CHOPSTICK NAME HAS BEEN RETIRED.  CLICK HERE TO READ THE BLOG 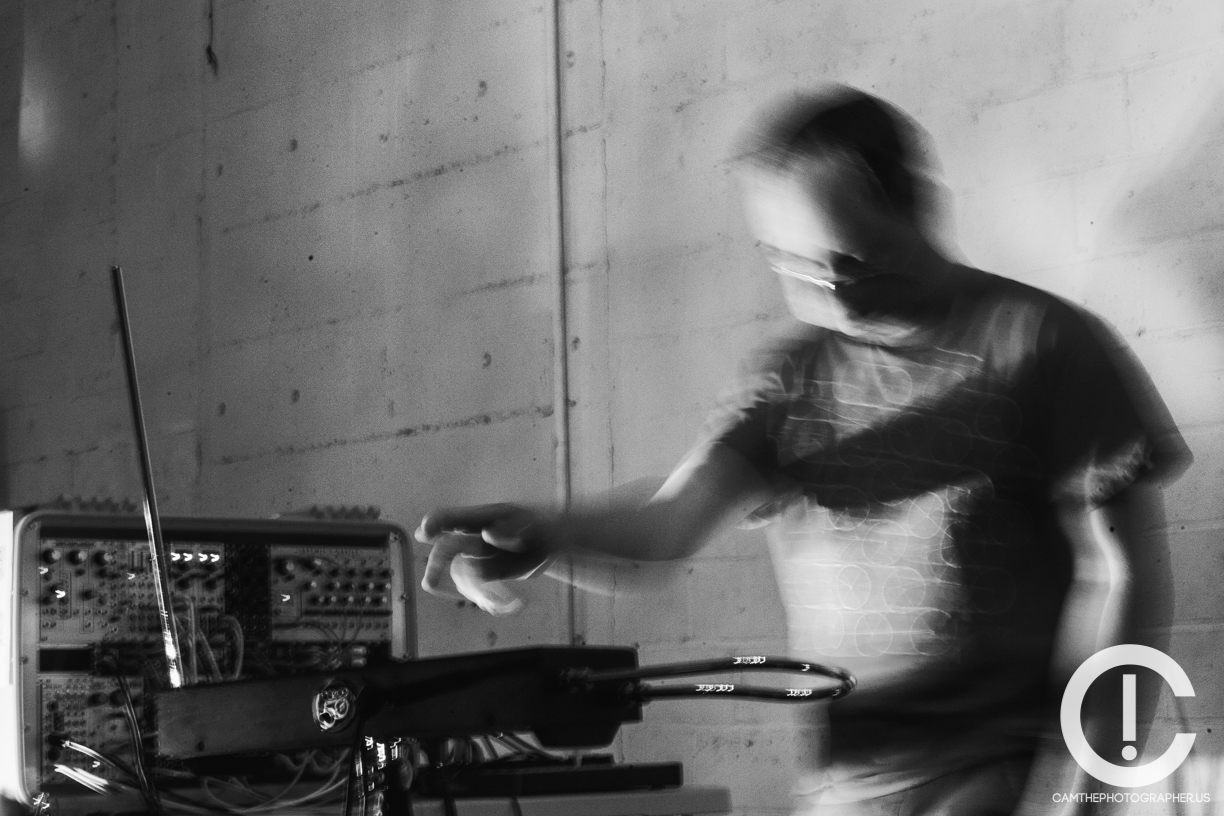 Andrew Wayne (he/they), formerly performing under the name Chopstick, has been performing publicly since 2006.

Andrew Wayne creates soundscapes, drone music, long ambient pieces, non-music, environment pieces. Utilizing binaural rhythm concepts each performance can be a meditative and sometimes scary experience.  Each piece and performance is unique to the date and will usually not be duplicated. The compositions and patches are usually scrapped after each performance.

Starting in 2022, Andrew Wayne has been performing weekly on Thursday evenings at 6pm pacific on their twitch channel.  Twitch performances start with a basic synth patch and explore in an unplanned process without much forethought.  Patches and compositions are made from scratch every session.  Being this open in my process, viewers can witness music evolve and change in an unplanned way.

The reviews are in!

-TONS is a collaborative effort between KOMPRIPIOTR (Bolzano, BZ, Italy) and Chopstick (Sacramento, CA, USA). The idea was conceived in 2015 when the two had met at the NorCal Noisefest in Sacramento, CA.

KOMPRIPIOTR is Peter Holzknecht. Track notes:
TONS was recorded on Saturday, March 25th, 2017 at Kompripiotr’s living room in Bolzano, BZ, Italy.
NAPESAW was recorded in the same location on Thursday, May 4th, 2017.

2013 – Even Ghosts Can Have A Sense Of Humor – Live
-Even Ghosts Can Have A Sense Of Humor was recorded live at the NorCal Noisefest on 10/03/2013. The performance got a lot of great feedback that evening and I was happy how it came out so I quickly mastered it and put it on bandcamp the next morning. I try to record most of my shows but a lot of them will go on a hard drive and go unnoticed forever depending on how I felt about the set.

2012 – MSET Tape Release
-This is a short tape release that my friend Vankmen put out on his tape label: My Shit Eats Tapes. It’s ten minutes on each side. This was one of the first recordings where I experimented using solely free VST’s instead of real synthesizers.

2011 – Black Hole
-Black Hole contains 4 songs recorded at various points of time, yet the songs oddly work together for form a full piece. One song was recorded an entire year apart from the others. This was my second release on Love Earth Music. This album has gotten a lot of attention around and someone at WFMU had put it on a top noise album list of 2011 or 2012. I don’t have the link to that article unfortunately so you’ll just have to believe me until I can track it down.  The Big Takeover did a fantastic review on this album back in 2012.

2008 – forgiveness please
-Forgiveness Please was my first label release on Love Earth Music. Steve from the label had approached me a year and a half prior. This album is a concept album, being one track with various parts. I did a lot of my first recording experiments with this one including freezing a contact mic to record the sound of ice melting and cracking around it.

From 2005-2007 chopstick had a few self releases. Each CD-R was released in homemade packaging and released in limited batches. I’ll eventually get these scanned and ripped and put on this page for download.

Live and Dead
-Super Deformed Chopstick, or SDCHOP, started as a joke project. I was getting into chiptune programming and in relation I found a lot of tracker music which was somewhat of a big community in asia and europe in the 90’s. I called these first experiments ‘jizz-core’ and I don’t take them that seriously. I’ve since learned to make better music via programming, but these were still fun to put together. There was a band from San Diego that was trying to setup a show in Sacramento. I helped setup a show, however my chopstick stuff wouldn’t work with it so I decided to get a few friends in costume to dance to this stuff that I already had programmed. I was terribly out of shape and called it before the whole piece was done because I wouldn’t have been able to dance in costume for another 10-15 minutes. The first 7 minutes of this mix is my stuff and the rest was music I ripped from Nintendo and Gameboy games.

Chiptune
–1-Minute: A Compilation Of One Minute Songs

Any recordings hosted under andrewway.net domain will be under the following Creative Commons License: CC BY-NC-ND.

Any recordings hosted elsewhere will follow whatever copyright is listed there.